CABIN SPACEY is combining the tiny living trend with smart home technology to offer ‘living as a service’ on empty rooftops in Berlin. Although the start-up has potential to fill thousand roofs with cabins, can it solve Berlin’s housing crisis?

Some years ago, Berlin was the city of choice for urbanites working in the creative industry to easily get a large apartment for cheap. Nowadays, it seems almost impossible to find an affordable room in the city. It is said that the city of Berlin needs to build more than 40.000 new flats every year to keep pace with the amount of people arriving. Although new German laws are put in place to decelerate the rising rent prices, this effort is not helping anyone in the country’s urban areas just yet. 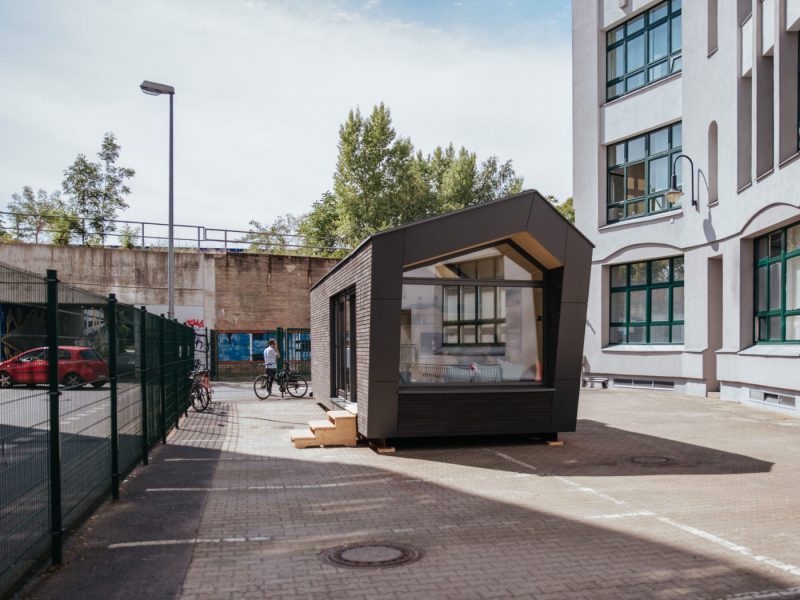 Currently the cabin is still on the ground, accessible for everyone who wants to peek inside.

Inspired by the tiny living movement that has emerged in the United States, the Berlin start-up CABIN SPACEY designed this prototype of a fully-equipped apartment to fit the needs and style of urban nomads. Appearing way bigger than the actual size of 25 square meters, the cabin comes with the latest smart home technology, that saves up to 60% more energy than conventional houses. When the tiny house makes it into mass production, it could retail for about €100.000. 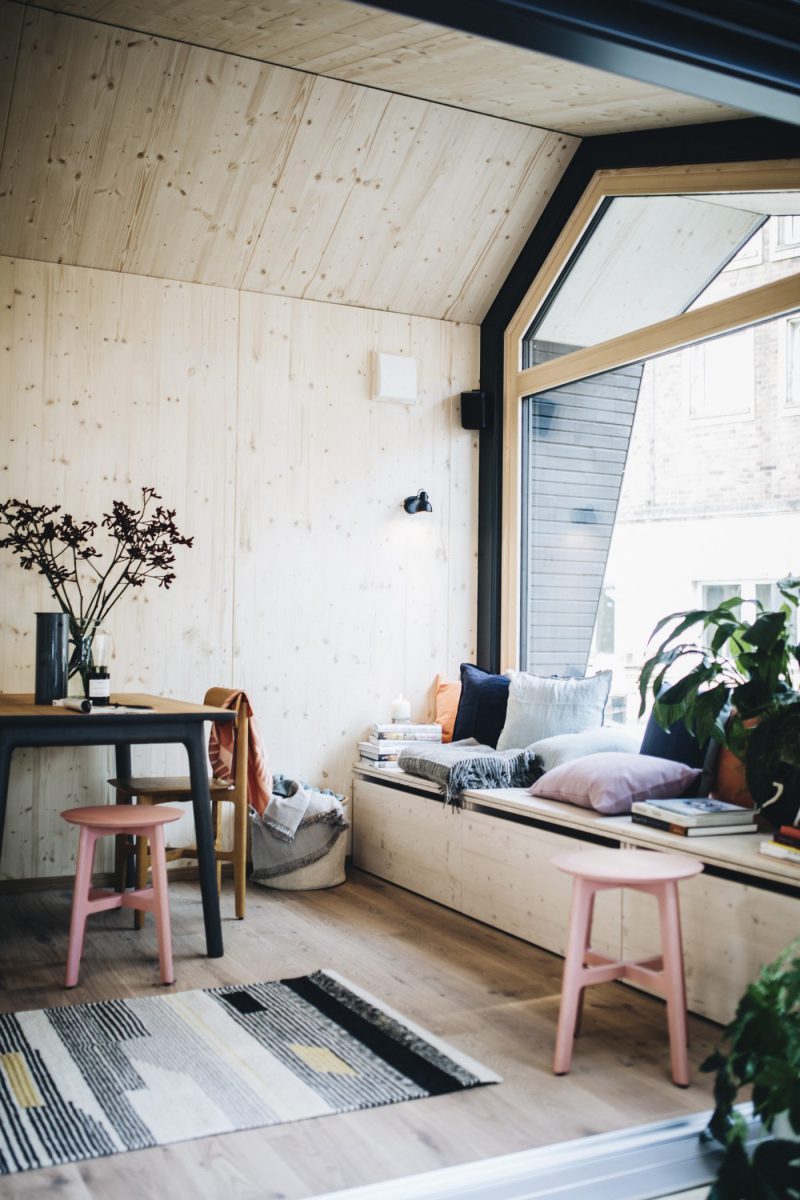 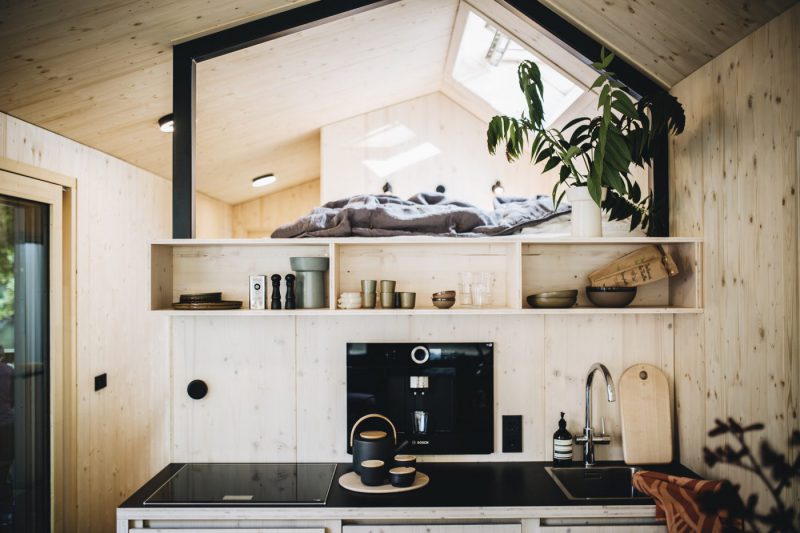 Inside the prototype cabin.

Nevertheless, the founders Simon Becker and Andreas Rauch don’t want to sell houses: “We want to offer the service of flexible living in sustainably-designed cabins with a view over the city.” They aim to meet the demand of the urban generation that values flexibility over ownership. By installing rooftop houses in various locations, with the option to rent them out for a short time period, residents gain the freedom to move amongst cities without any hassle. CABIN SPACEY embraces the ‘living as a service’ idea for maximum flexibility.

We are curious to see the first cabins soon on Berlin’s roofscape. While city governments are attempting to catch up on housing development, have a look at other small innovative solutions that provide glimpse into the future of urban housing, such as 3D-printed social housing in France and this tiny house concept, that can be downloaded!