Its rooftop bar was already a success, but also the remaining floors of an empty car park in South London neighborhood Peckham have now been transformed into a community hub. You can get anything here — from a drink to a haircut.

Open in spring and summer only, rooftop bar Frank’s has been a local favorite since 2008. In August, we reported on the opening of a viewing platform on the rooftop of the car park, commissioned by cultural programmer Bold Tendencies. Peckham Levels is another temporary project, occupying and programming the remaining space for the next six years. The renewed car park, a cultural destination for the local community, provides affordable workspaces for creatives and small businesses. A space that was formerly defined by the motionlessness of parked cars is now buzzing with activity. 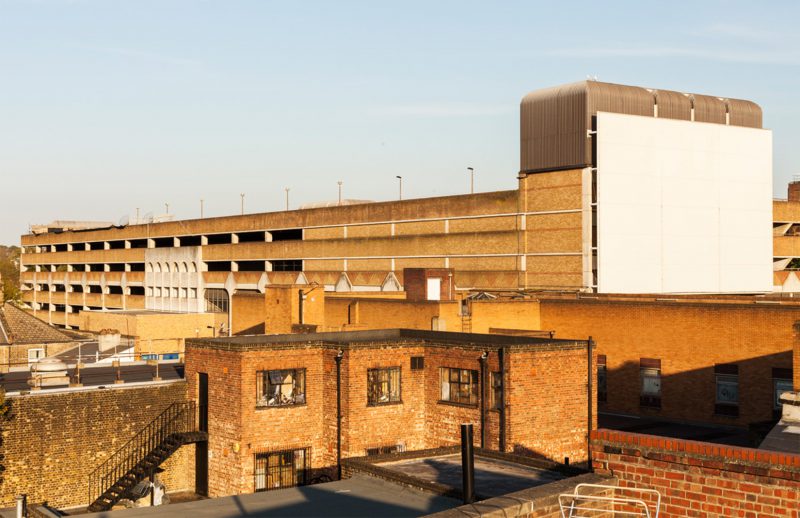 The lower levels accommodate 50 studios, a co-working space, a print space and 3D printing services, yoga classes, and photography studios, among others. The heart of the space is located on the fifth and sixth floor — a public space for day and nighttime amusement with bars, street food stands, an auditorium, a hair salon, and a live music space. Much of the cultural program is developed by the businesses located in the building. A specially developed wayfinding system should makes it less of a hassle for visitors to navigate through the garage. Bright colors point to the different levels and to what is going on behind the closed doors, so you’ll easily find that restaurant you were looking for, rather than stumble into someone’s studio. 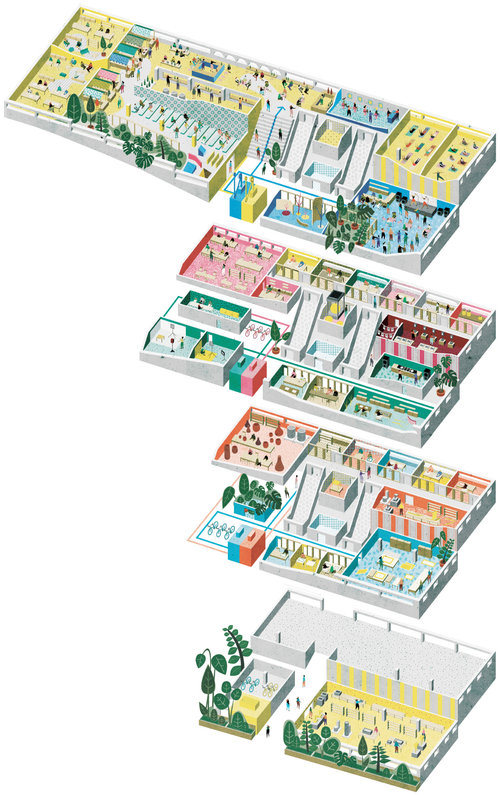 Peckham Levels is an initiative of Make Shift, an organization dedicated to the revitalization of derelict buildings and barren plots of land. They aim to create communal spaces that stimulate creativity, small business and a sense of community. In Brixton, another South London neighborhood, Make Shift is the driving force behind Pop Brixton, a popular hangout spot that is home to some 50 local businesses, including food companies, retail boutiques, a radio station, and a community barber shop. 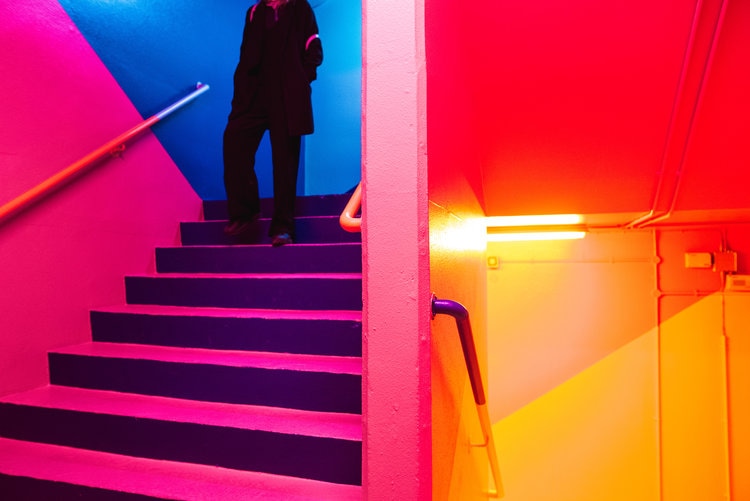 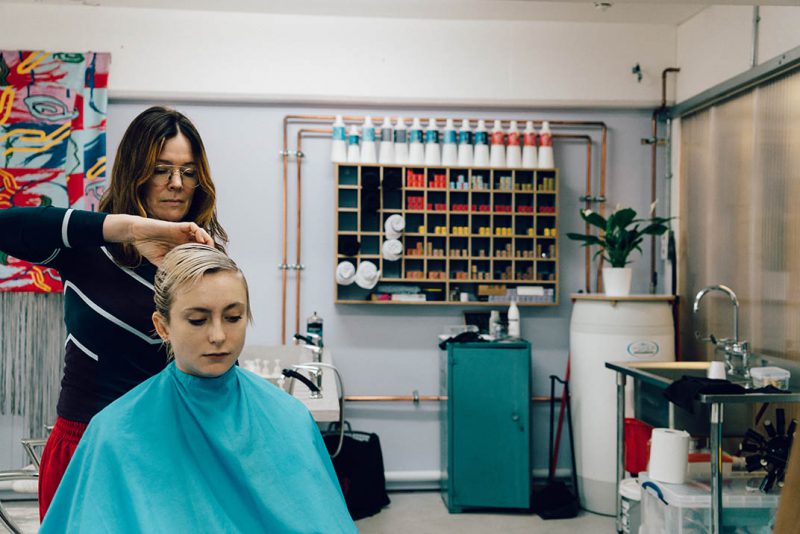 In Peckham Levels, too, the focus is local. 65% of entrepreneurs and merchants are Peckham natives, while 92% is from the wider London borough of Southwark. For most of the street food vendors, it’s the first site to set up shop (semi-)permanently. The fresh, community-led approach of the initiators has strong potential in terms of sustainable development of the neighborhood, considering the many property-led projects elsewhere in the city. The next six years will show whether this potential has come to full fruition.