A (kind of) new mural on Melrose Avenue in Los Angeles sparked outrage on social media, with people calling it “social media gentrification” and “perfecto capitalism”. After the outrage, it turned out that the mural was a publicity stunt for the soon-to-launch scripted comedy show Like & Subscribe that focuses on the lives of influencers. The idea for the mural came from DJ and producer Dillion Francis. He had updated the already existing public mural, painted by Colette Miller, that featured two angel wings. With a fresh coat of paint and restricted access, only for those with 20,000 followers or blue check marks on their social media accounts, the mural became an influencer-only zone. 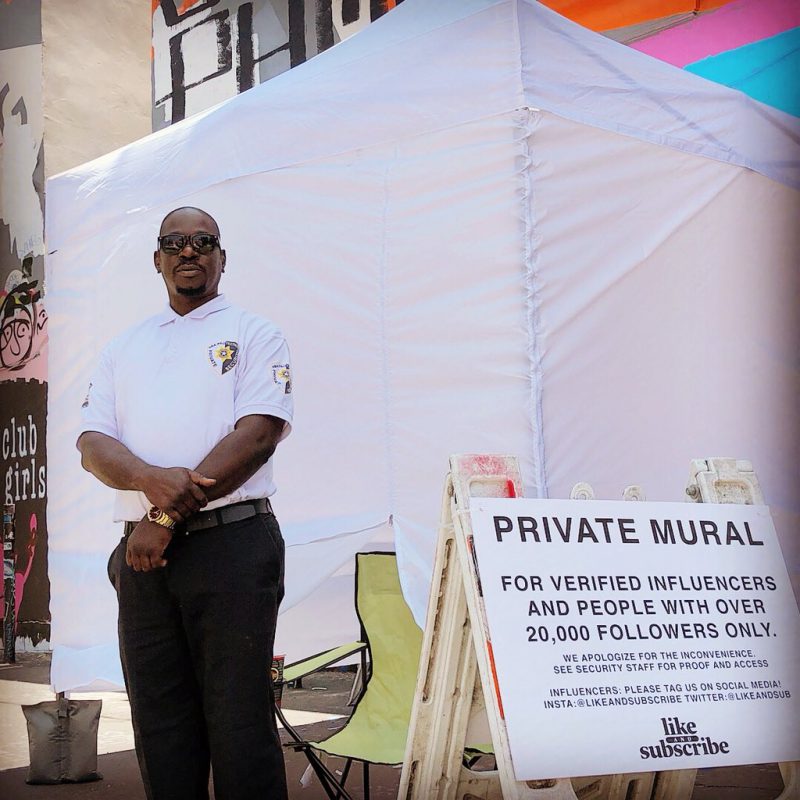 Following the outrage, it was announced on Instagram that the mural was made accessible to all, regardless of one’s online following. Despite the LA mural initially raising obvious questions about gentrification and access to the city, it has provided a glimpse into the future of exclusive urban space under the influence of social media. The future of urban space might not be just about money and classic member clubs like Soho House. Online influencers can now claim space in cities, simply with the power of their online following.