In an effort to make good use of Amsterdam’s residual space, architect Patrick Roegiers recently installed a bedroom made of used cardboard at three metres high in one of the city’s alleyways. The space aims to raise awareness about both the needs of those without a fixed place of residence as well as the potential of small but underutilized urban spaces.

Before creating cardboard bedroom, Patrick Roegiers was involved in the creation of the Dapperkeuken, a project where he used leftover food from one of Amsterdam’s daily street markets to cook meals for homeless people staying in a nearby park. This new initiative is part of Roegiers’ graduation project at the Amsterdam Academy of Architecture. With the ‘Bedsteeg’ – a wordplay on the traditional Dutch sleeping accommodation ‘bedstede’ – Roegiers is now bringing attention to residual urban space that can be used to improve living conditions for the homeless. ‘It is about certain basic human needs that have to be met for a homeless person to become strong enough – both mentally and physically – to regain independence,’ he told local newspaper Het Parool. 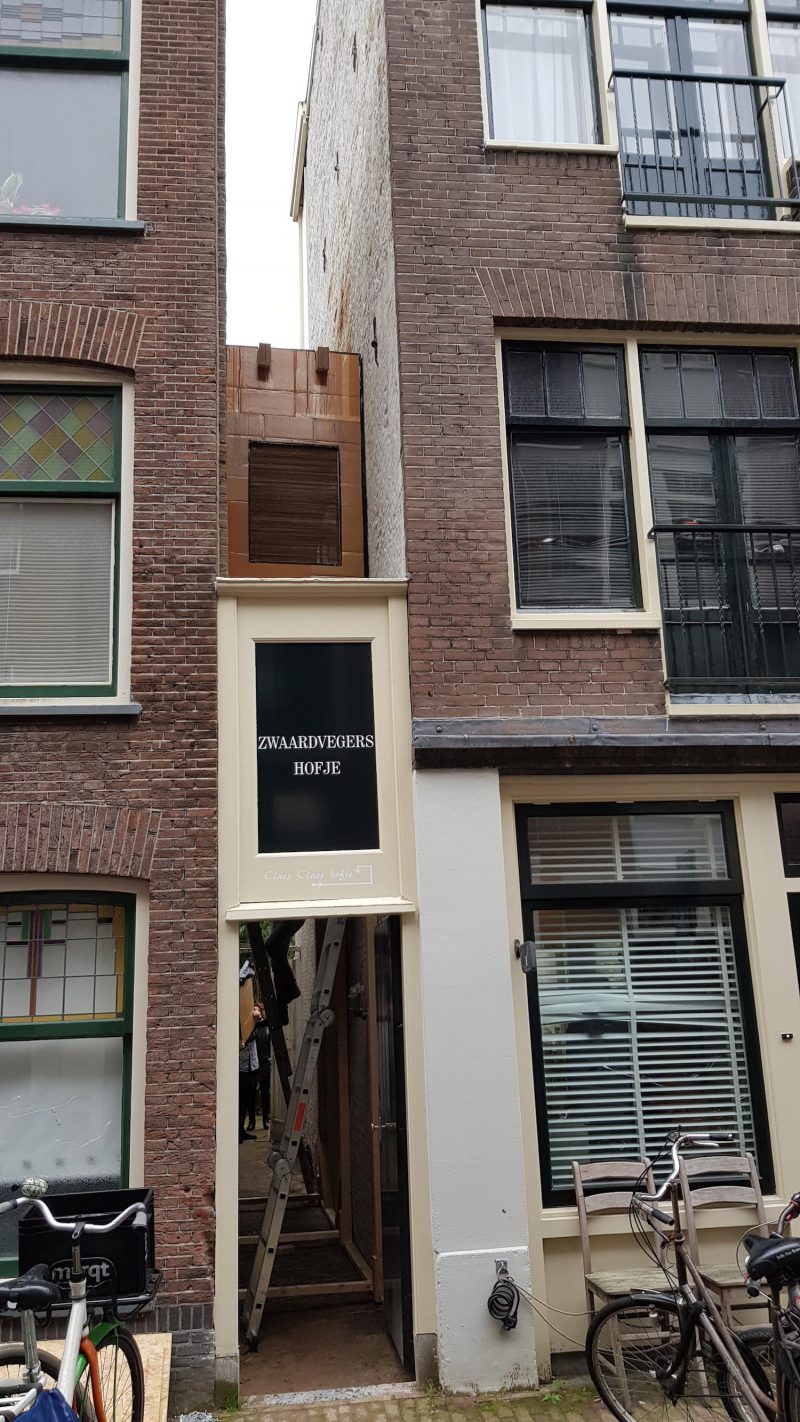 The Bedsteeg bedrooms are made of glued cardboard with a water-resistant coating, offering a warm and dry place to sleep.

In preparation for this project, Roegiers lived on the streets for a week, actively engaging with the homeless community. He found out many of them are very attached to a specific neighborhood. The numerous un(der)used alleyways of Amsterdam could provide relief for homeless locals that are otherwise forced to move beyond the city borders, since it is illegal to sleep on the streets in Amsterdam.

The condition? Convincing property owners to allow these makeshift bedrooms right next to their houses. In the case of this prototype, the owner of one of the neighboring houses – and thus the next-door neighbour – was very willing to cooperate. After permission was granted, Roegiers took on the job of finding a bedroom resident for every night of the week. If his idea gets picked up and further developed, the existing homeless organisations could take on this responsibility.

Roegiers’ bedsteeg initiative is another example of the reclaiming of residual space in the city as a place of refuge for the homeless, like this one in Belgium.