Archaeologists have found a multitude of artifacts during construction of Amsterdam’s new metro line. What was discovered below the surface can be explored in one of the stations and on a beautiful website.

The construction of the new North-South Line, which finally opened last month, provided a unique opportunity for archaeological endeavors under the old city center. Researchers paid special attention to the excavations between the Central and Rokin metro stations — the birthplace of Amsterdam along a former piece of the Amstel river, that’s a busy street nowadays. They found approximately 700,000 objects in the many layers of soil that accumulated in the river bed throughout the centuries. 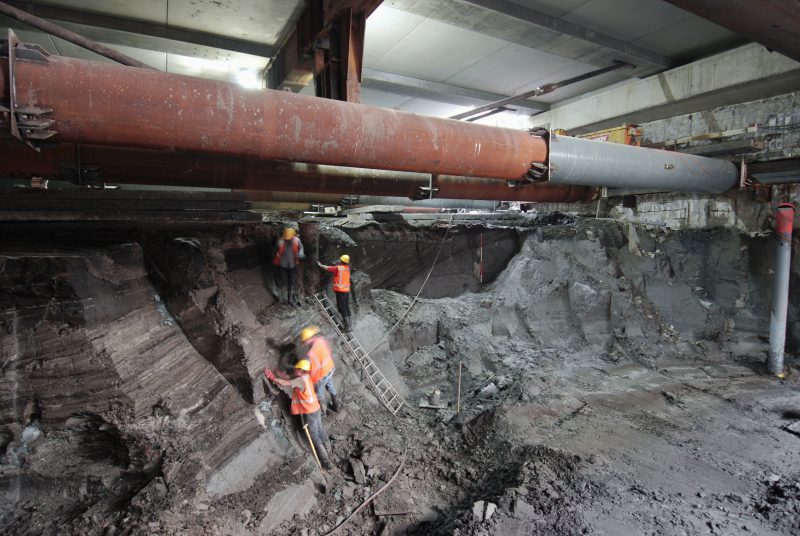 What’s so special about the archaeological documentation, is that all artefacts are treated equally, no matter how old or profound they are. Every piece is seen as valuable part of Amsterdam’s history. This means that when you’re scrolling through the online archive, ancient ceramics and credit cards appear right next to each other. The spectrum of finds range from 2005, when the construction works started, to 119,000 BC. 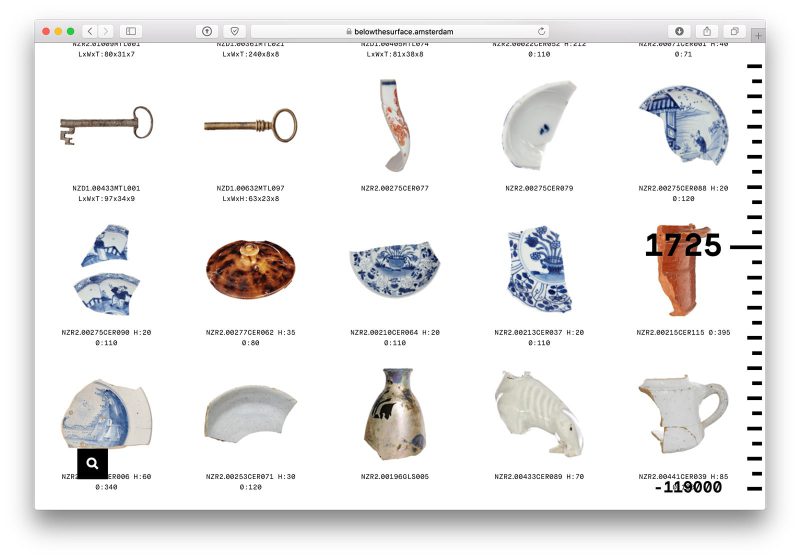 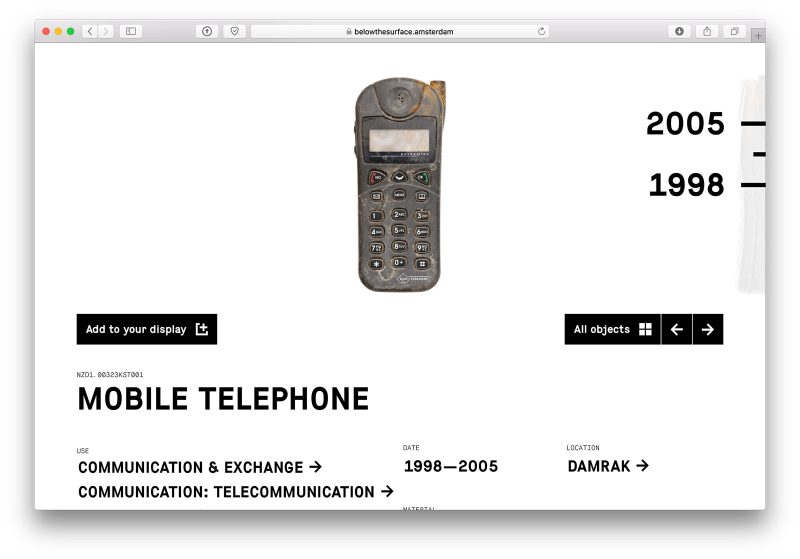 On the website you can explore the items virtually by sorting them by material, the location where they were found and their use. You can also make a collection of your favorite artifacts. The excavations not only rediscovered long forgotton childhood memorabilia from the past decades, but also convicts two butchers from centuries ago who illegally dumped much of their slaughterhouse waste into the canals. The proof is in the many animal bones that were found at specific locations. 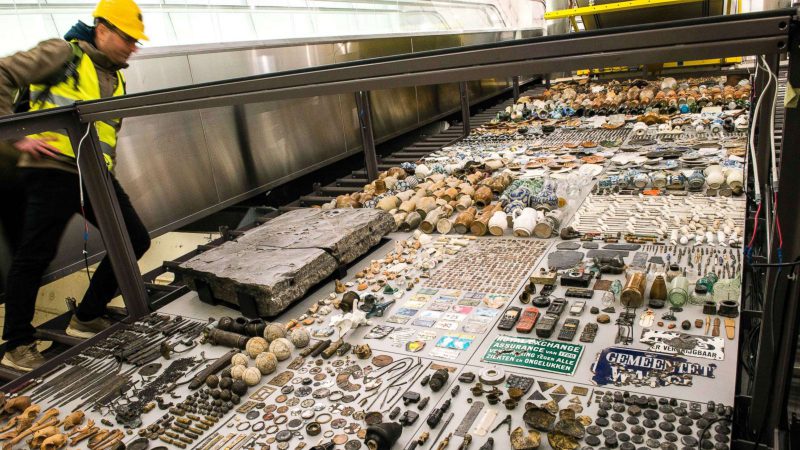 There’s also an offline collection. You can find two displays of arranged objects next to the escalators of the brand-new Rokin metro station in the heart of Amsterdam. Amsterdam’s urban heritage is not tucked away in a museum, but accessible to everyone for the price of a single ride — and that’s how we like it.