Royal College of Art graduate, Yu Li, designed a solution for those of us sharing a kitchen or have limited space for preparing meals. Her bold cooking set follows the trend towards a kitchenless future in urban dwellings.

The millennial generation is about to ban an entire entity from their living space: the fully-equipped kitchen. Once a status symbol, the kitchen is losing its importance amongst a young generation of urbanites, that prefer to avoid kitchen traffic in shared accommodations and get take-out food delivered to their doorstep within minutes instead. 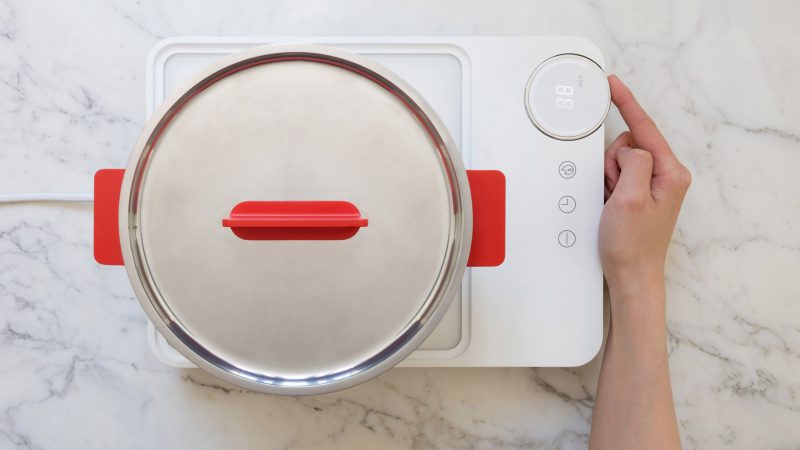 Yu Li’s all-in-one solution comes with an induction plate, a generously sized pot, a frying pan with a detachable handle (which doubles as tongs), plates, bowls, a cutting board and a drinking cup. The items can be stacked in the bright red transportable box, while the drying rack and single cutlery set can be rolled up and taken to communal dinners. 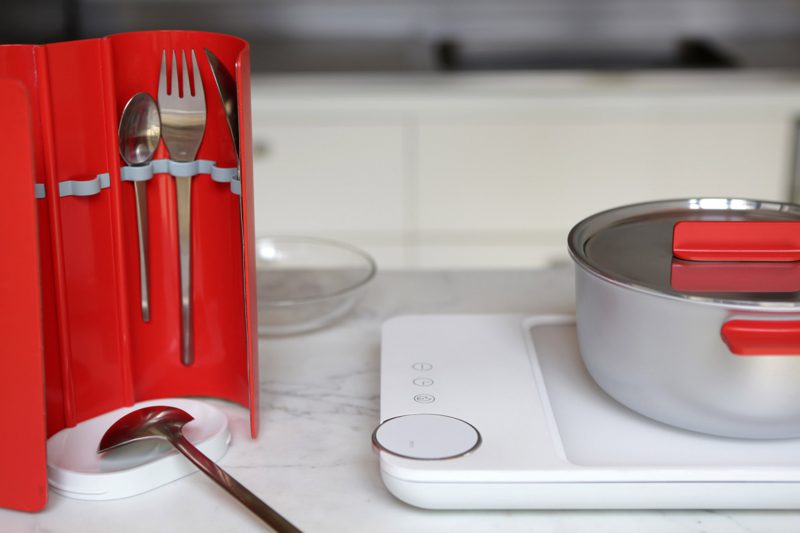 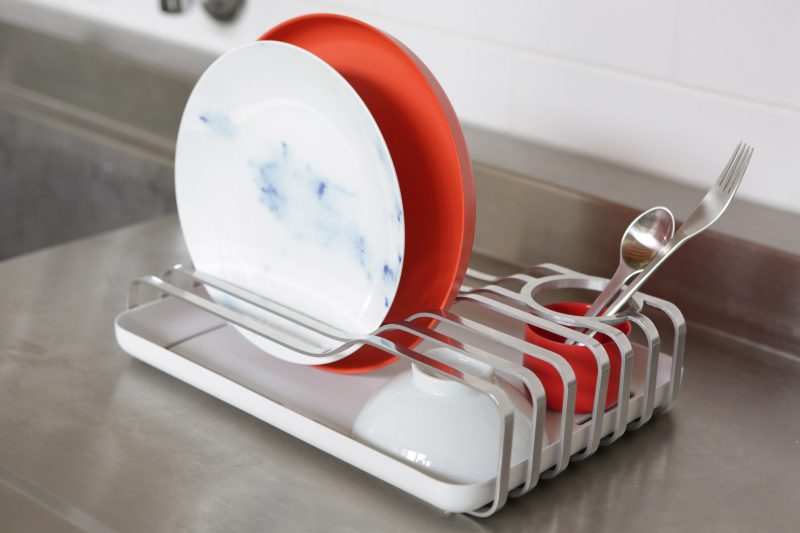 The designer’s intention was to push the act of cooking “from fixed to flexible” and “from space to product” with minimal reliance on actual kitchen space. Yu Li’s miniature kitchen is following the ongoing trend of questioning each element of our living space. 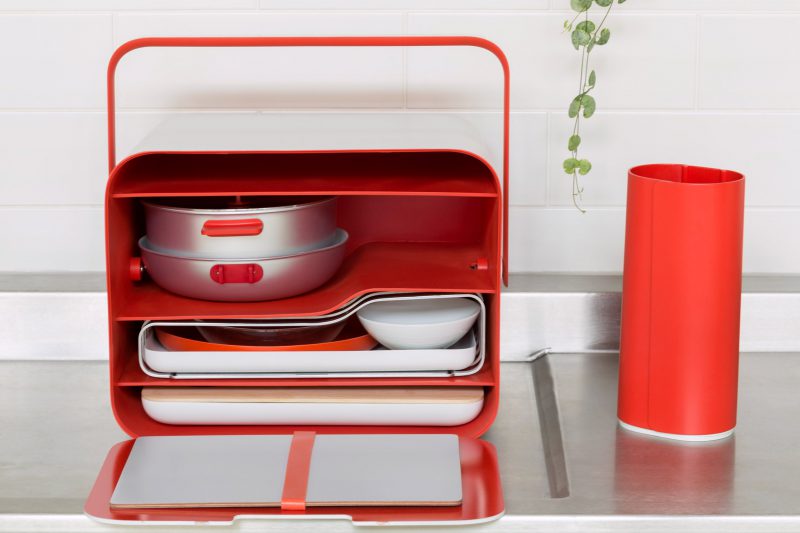 Could you live in a home without a kitchen? Dig deeper into this topic in the article we wrote about Niklas Maak’s book, Living Complex, where he rethinks the concept of housing in the 21st century.