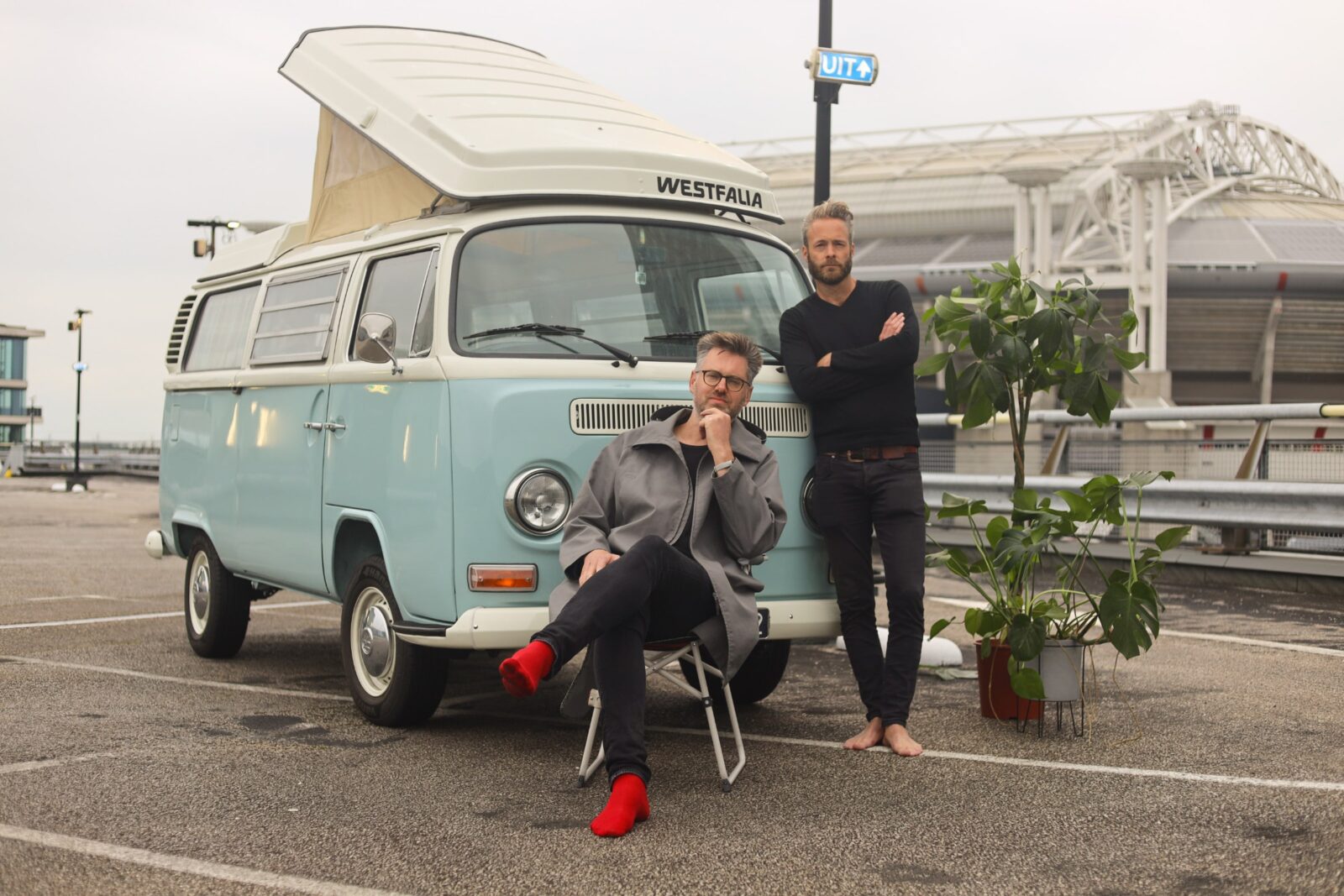 That’s why landscape architect Harro de Jong and associate professor at Wageningen University Martijn Duineveld are currently living and working on the roofs of buildings in the Amstel III neighbourhood in Amsterdam Southeast. On Sunday 22 August 2021, their Rooftop Residency started with the goal to work on a future vision of the roof landscape. The roof landscape is becoming increasingly important in tackling urban (climate) challenges: it offers plenty of opportunities for energy generation, water storage, combating heat stress, strengthening biodiversity, sports and recreation, hospitality and even housing.

In the Amstel III district, new residential complexes, stores and offices will be rising rapidly over the next few years. However, we feel that there is still a lack of an overall vision for the roofs of all these new and existing buildings. During Rooftop Residency, Harro de Jong and Martijn Duineveld, in collaboration with various local parties, will explore the potential of all these roofs together — the temporary residents will enter into dialogue with local project developers, residents and entrepreneurs. This results in an inspiring vision that is based on the wishes of the stakeholders and the technical possibilities of the rooftops.

De Jong and Duineveld will spend the nights on the roof of the new OurDomain residential complex next to Holendrecht station and, during the week, will work on three roofs in the area. On August 29, Rooftop Residency will conclude with a tour through the area. De Jong and Duineveld will tour the area on an aerial platform and, together with We The City and Pop-Up City, will present their vision to interested parties while enjoying a high tea. Next to that, the insights, renders and findings from Rooftop Residency will be bundled in a publication that we present to the municipality and project developers.

Rooftop Residency is a project by We The City, Pop-Up City, ROEF and Rooftop Revolution and is made possible by the Creative Europe Programme of the European Union and Creative Industries Fund NL.

Interested in hearing more? Get in touch with Jorne Visser