Graduate students from the Institute for Computational Design and Construction (ICD) developed a canopy that can be reconfigured in real-time by drones. Their prototype opens up a range of new possibilities for construction in public space.

The project, called “Cyber Physical Macro Material”, emerged from the Unversity of Stuttgart’s research department ICD, that is developing new construction methods using robotic digial fabrication. The canopy consists of lightweight elements and is fully-equipped with sensors to measure exposure to sun light. 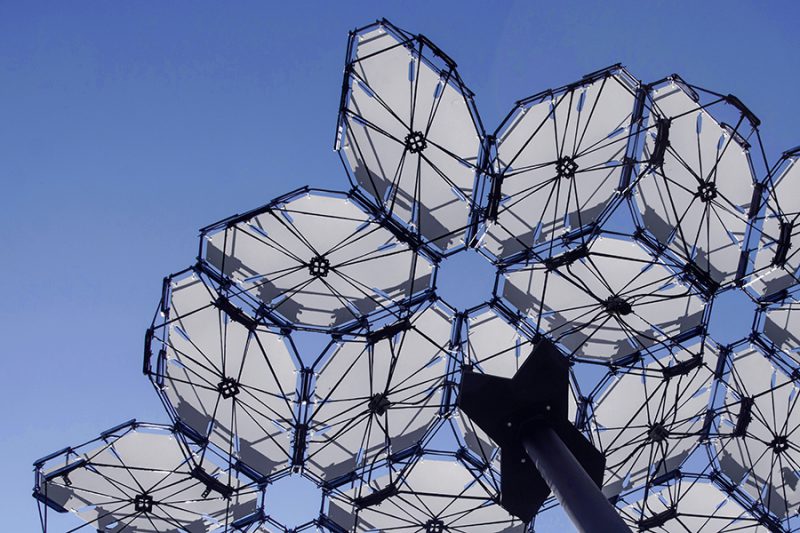 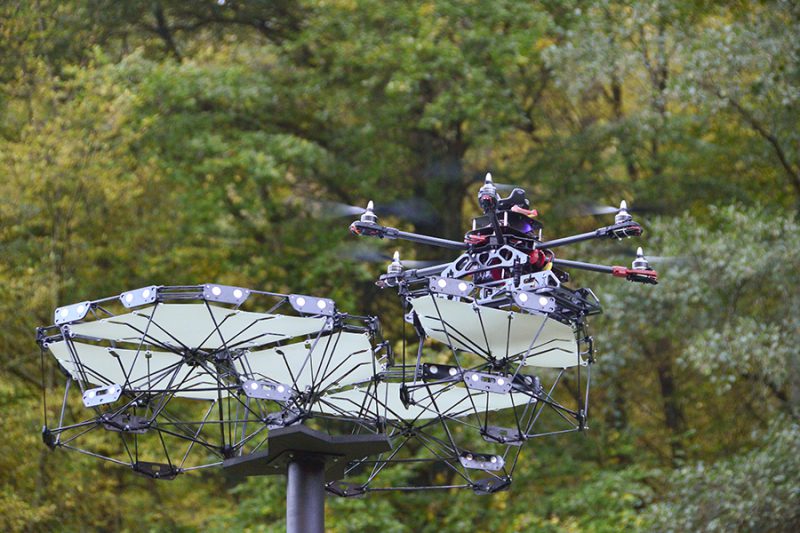 The drones communicate with each other while they reassemble the elements in real-time, following the sun’s movement. This means the canopy’s arrangement changes throughout the day. Imagine you are sitting in the park on a sunny day while drones take care of providing the shade right above you. According to the proposal, it could even be possible to influence the construction process with an app. 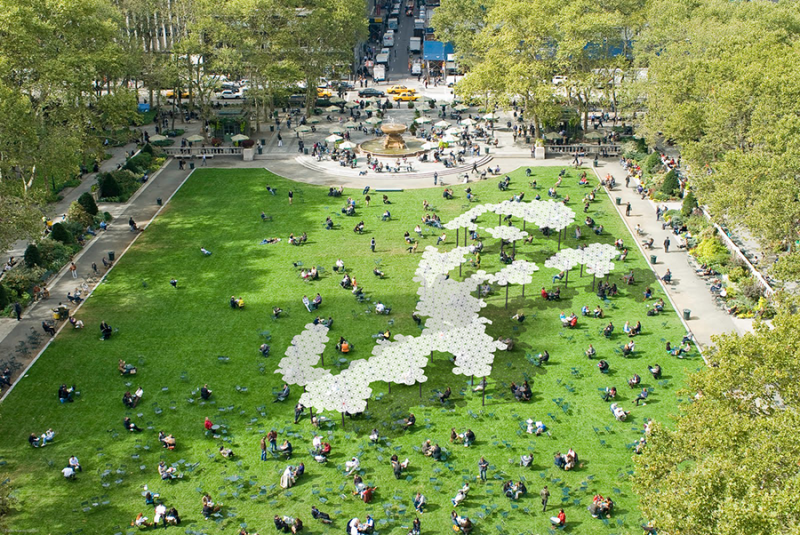 Reacting to sun light is just one possibility offered by the sensors, but they can measure a multitude of climatic conditions. Nevertheless, every scenario uses the drones’ ability to build in response to weather data without interfering with the activities of people gathering and lingering under the construction.

With their prototype, ICD graduates Miguel Aflalo, Jingcheng Chen and Behrooz Tahanzadeh demonstrate a “tangible vision of a new dynamic architecture”. Their prototype provides an inspiring glimpse into the future of architecture, where spaces could be entirely dynamic and the urban landscape constantly changes.