Rotterdam’s latest tactical urbanism initiative is aimed at improving public space around schools. The new modular parklet, the PRKLT, adds sitting and greenery next to schools and discourages parents from bringing their children to school by car. It promotes cycling and walking instead.

In Rotterdam, many children do not cycle or walk to school, but instead are driven to school by car. Parents have the best intentions: they want to safely get the children to school. Unfortunately, these individual choices lead to the opposite: school environments are filled with double-parked cars during drop off and pick up times, creating dangerous situations for children. 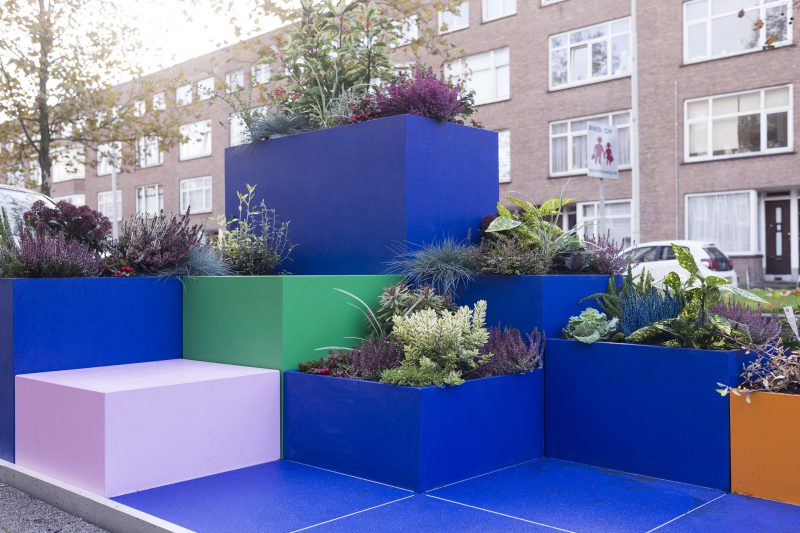 Rotterdam’s historic city center was largely destroyed during WW2 and was rebuilt in the 1950’s to accommodate car traffic. Today Rotterdam drastically limits motor traffic and encourages walking and cycling.

The municipality wants to create better school environments and allow children to arrive to school on foot or by bike. Among other efforts, like better bicycle infrastructure, the city wants to upgrade the areas around schools and replace on-street parking with mini-parks. One of the programs is the PRKLT: a colorful parklet that is placed outside schools and provides green, play, and sitting opportunities. The PRKLT was developed by Humankind, a multidisciplinary collective that wants to accelerate the transition towards urban happiness for all. It was designed together with Opperclaes, a local design studio. 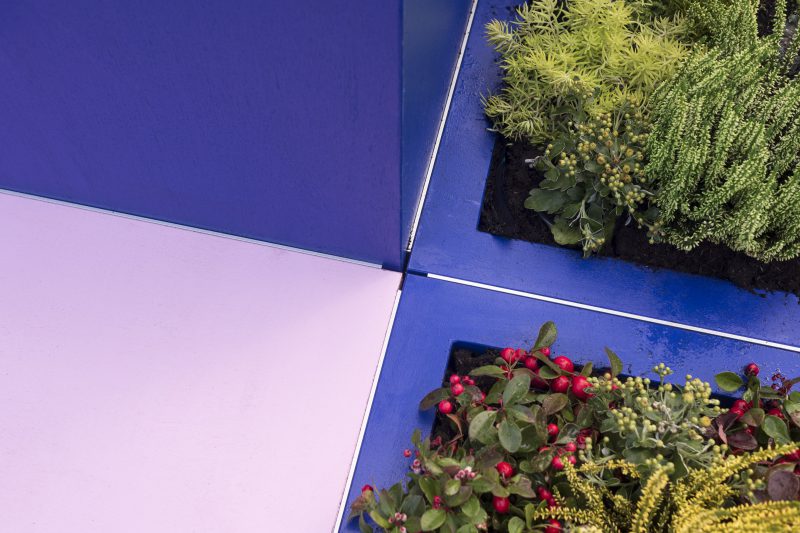 Rotterdam’s South Bank has one of the lowest cycling modal share in the country. A school in this area was chosen to try out the PRKLT.

The PRKLT is a modular parklet. Depending on the location, it can be designed accordingly to fit the needs and wishes of the neighborhood. It’s is made of a stainless-steel, flexible base that can be placed on several parking spaces. The idea is not only to reduce parking space but to also create more livable streets and showcase that the city can look and be used differently.

Here is another intervention by Humankind that made Rotterdam’s high-rise dwellers come out and play.