Modern cities are growing at a fast rate, and in the busy lifestyles of urban populations citizens often find themselves isolated from one another. In a highly disconnected world even the smallest attempt at increasing interaction between citizens is of great importance. Aware of that, Edwin van Capelleveen introduced Social Balconies. 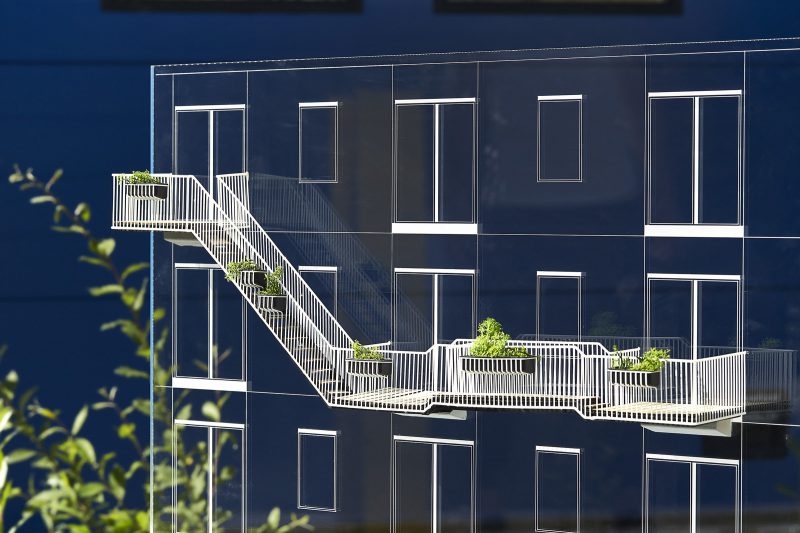 The project consists of a modular toolkit of bridges and stairs that are able to connect balconies in any type of building. These connections create a semi-public space which allows neighbors to connect with one another: dine, engage in communal gardening, or simply meet for a chat. Van Capelleveen’s design is simple and applicable to almost any building. 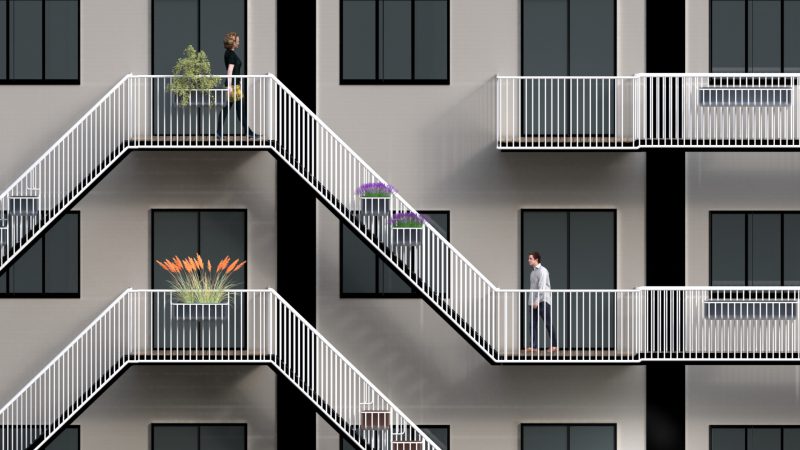 Edwin, inspired by a housing complex he inhabited in Denmark, where a “central garden brought neighbors together and served as a space of encounters”, wanted to create such a space without having to “significantly alter already existing buildings”. With the issue of isolation being more and more prominent within urban areas, especially in big and quickly growing condensed cities, a space which is still in the comfort of your home but allows you to connect to others is worth its weight in gold. 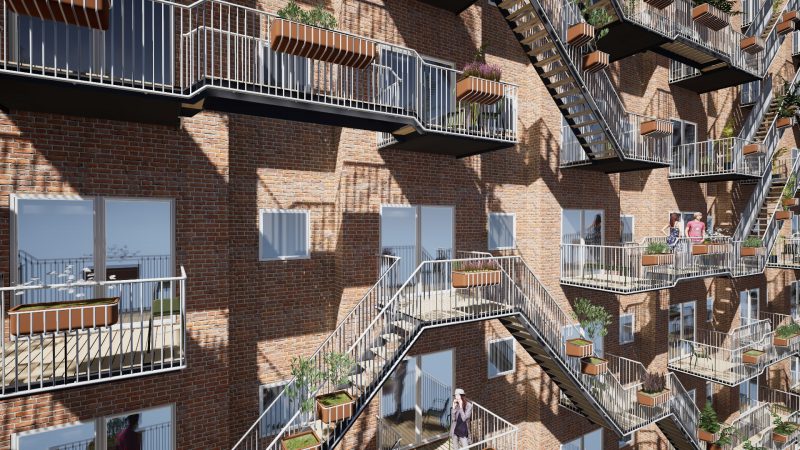 The simplicity of Social Balconies is one of its strongest aspects. The modules can not only be applied in a number of different building types, but also be customized to fit a local context. The basic prototype of this project is made out of steel, wood and concrete but if necessary the idea can be rendered in different materials. Balconies, which are now often used for storage or hanging laundry could gain a whole new practical role — combatting social isolation in urban areas.