Social media and omnipresent photo filters are increasingly changing the way in which we view reality. Clara Escalera predicts this trend to go a step further. In her Hyperstition project, she shows how augmented reality could make the pattern on your shirt change with your mood.

Have you ever looked at your boring stack of clothes and thought you had ‘nothing to wear’ that day? Fear no more, as the young Spanish freelance designer Clara Escalera introduces a project aiming to revolutionize the fashion world and go beyond tangible textiles we wear now. In Hyperstition, Escalera puts herself in the role of an “identity designer of the future” who, with the use of augmented reality (AR), works in the field of fashion design. 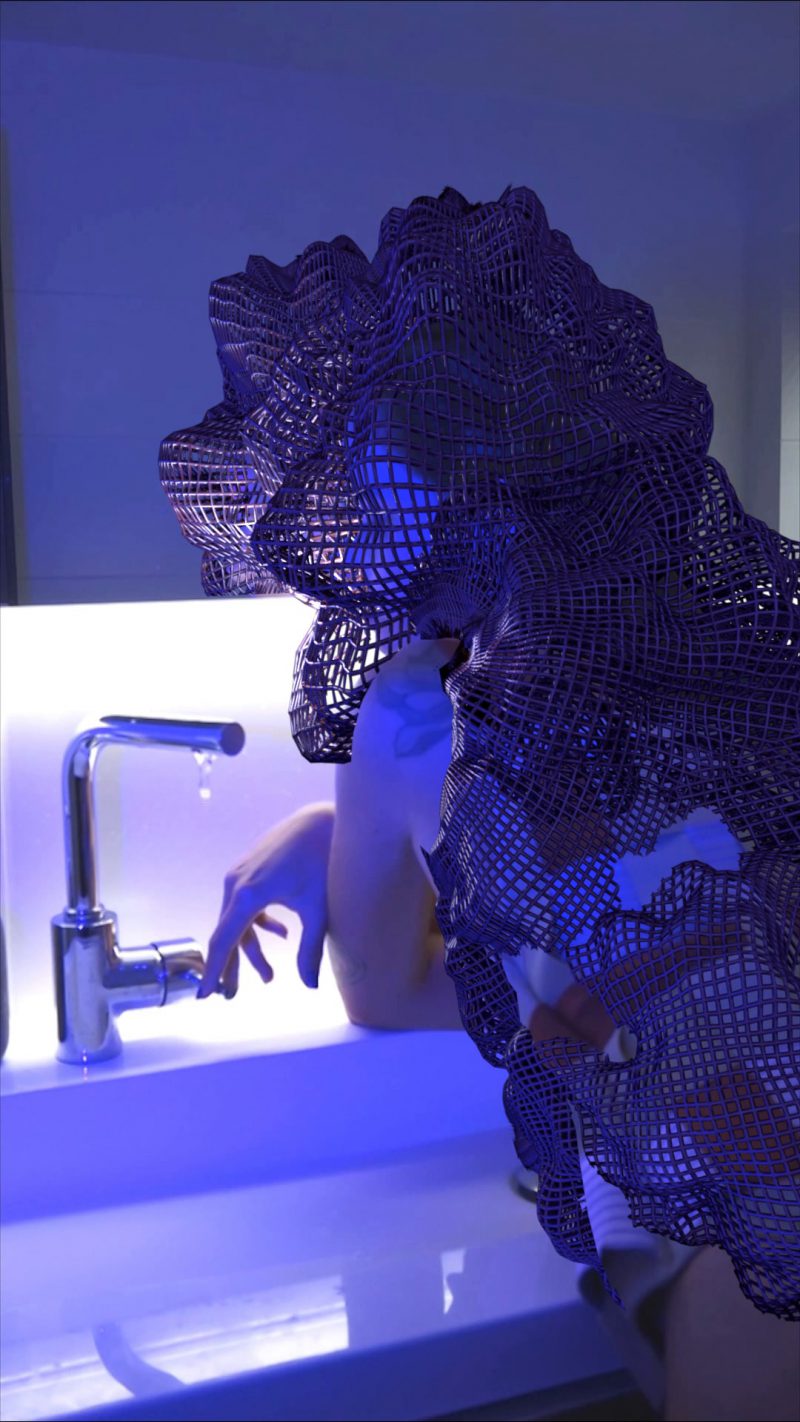 From color-changing fur and moving patterns in a dress, to anti-gravity shapes floating around our bodies, in the AR fashion design future clothes will be provided and projected rather than sewed. The possibilities for self-expression will become practically endless and the only limit will be our imagination.

The development of such technology will require a lot of time and will be costly. However, Escalera is convinced that these obstacles could be overcome in time. Smartphones, which used to be a luxury not long ago but are a common thing of today, are comparable to AR technology.  “A similar thing will happen to HoloLens or other devices that we will use to see AR” – they will be ubiquitous and easily accessible.

This sort of AR vision could also extend to the urban sphere and alter the city-scape, making streets, buildings and interiors hyperrealistic and ever-changing. In fact, virtual reality weaving into our everyday lives has already been programmed by numerous artists and designers in projects such as virtual reality storefronts, supermarkets or graffiti. According to Escalera “the first things that are going to be seen in this mixed reality will be in our streets, homes and advertisements”. A shift from architecture and fashion design to a completely digitalized reality could soon take place in a world where technological advances happen at increasingly high speed.