As a protest against the overabundance of advertising on the streets of New York, the Art in Ad Places project temporarily put 55 artworks on display on pay phone booths. At the same time, they are paying homage to these former symbols of modern telecommunications.

Pay phones used to be an icon of progression, scattered over our streets for whoever needed to use one. As technology moved forward and depended less and less on land lines, the tiny spaces of seclusion slowly became obsolete. Their abandonment has spurred several initiatives to repurpose them. In London, for example, the iconic red telephone boxes are recognised as national heritage and being transformed into everything from a kiosk to a private working space. Similarly in The Netherlands, a group of students took an example in Berlin’s Bücherboxen and turned ten phone boxes into the so-called Boekenboxen: tiny libraries. In many cases, however, phone booths are just sitting around for nothing, covered in posters announcing gigs, parties – or a brand’s newest offering. 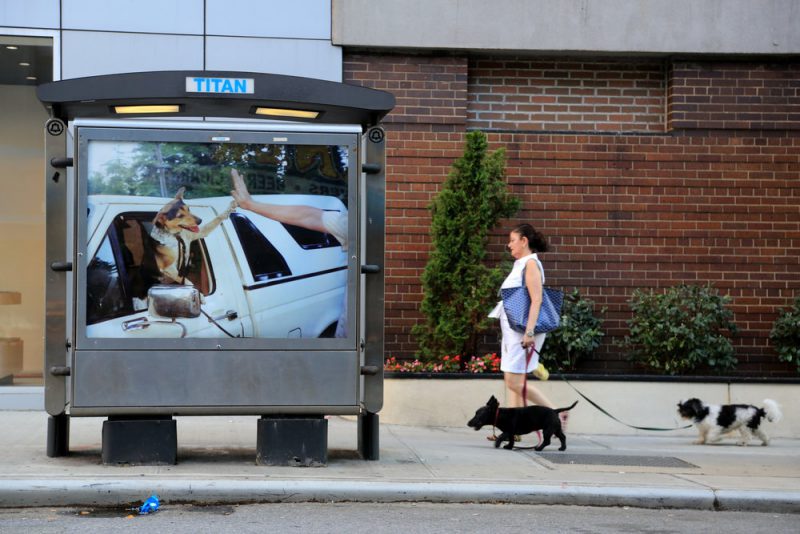 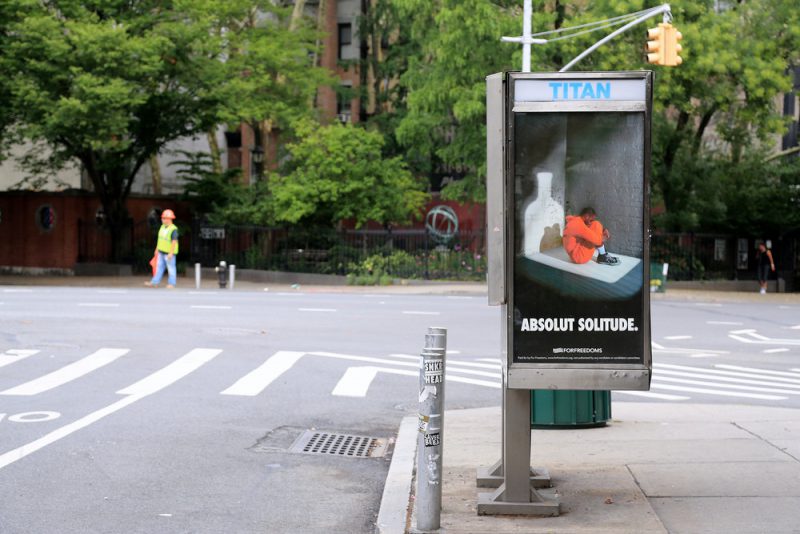 Considering outdoor advertising visual pollution, the Art in Ad Places project was meant to offer a glimpse of an alternative streetscape. With Art in Ad Places they provided a temporary relief from the marketing madness that surrounds us each and every day. Initiators Caroline Caldwell and RJ Rushmore felt it unjust that the phone booths were used for advertisements, merely because they were unused. Why not offer something different? Hence fifty-five artists were recruited to each produce an artwork, to be displayed for one week over the period of one year in total. 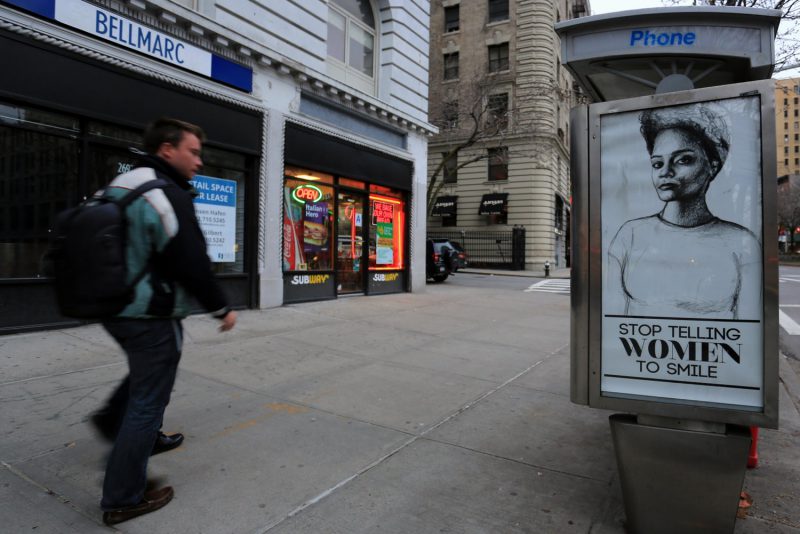 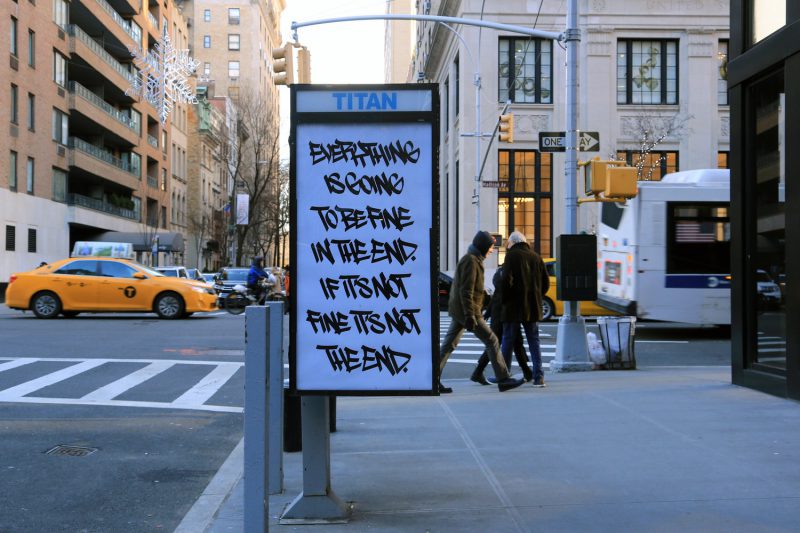 The project was documented by street art photographer Luna Park and featured on the Vandalog blog, founded by Rushmore and dedicated to street art. The works often referenced the regular use of the art display, aimed at specific brands like Absolut or subtly protesting against the very practice of advertising. Yet others took the opportunity to give a glimpse of New York history, make a point (‘Stop telling women to smile’), or to, for a brief moment, give you a break from reality with bright colours and unique imagery. The artworks are collected in the Art in Ad Places book and accompanied by artist statements along with essays by the initiators.