Many urbanites are stressed, always in a rush, and never not busy. The buzz of the city is something that attracts many visitors, but at the same time, it also puts consistent pressure on urban dwellers. Not only physical health, but also mental health is under pressure in urban areas. Factors like rising rents, the blending of work and private life, and the densification of inner cities make cities a stressful environment to live in.

With this project, Asif Khan invited people to take a break from the city and relax for a bit. The temporary forest, commissioned by DAMN magazine and Mosca Partners, was tucked away in the courtyard of the Palazzo Litta. The installation, consisting of red poles, represented both human nature and nature itself. The collection of red poles, their color referring to planet Mars, was placed in a grid pattern that consists of a number of small rooms (each 2 by 2 red poles) within the otherwise open space. The choice of materials was inspired by the idea of creating a natural environment. The timber planks, volcanic pumice stone, and marble enforce this idea. The round marble opening in the middle of the futuristic forest makes for a bold contrast against the square renaissance structure of the palazzo. This round space was what inspired the installation’s namesake, Tempietto nel Bosco, Italian for “small temple in the woods”. 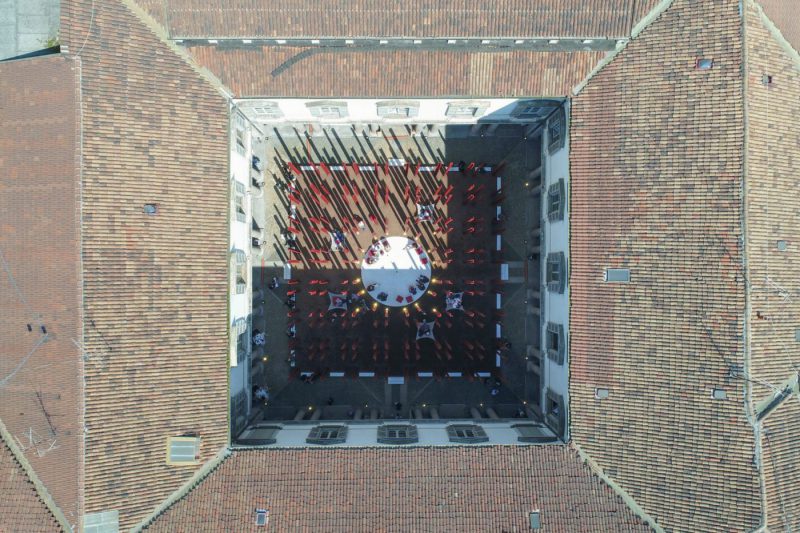 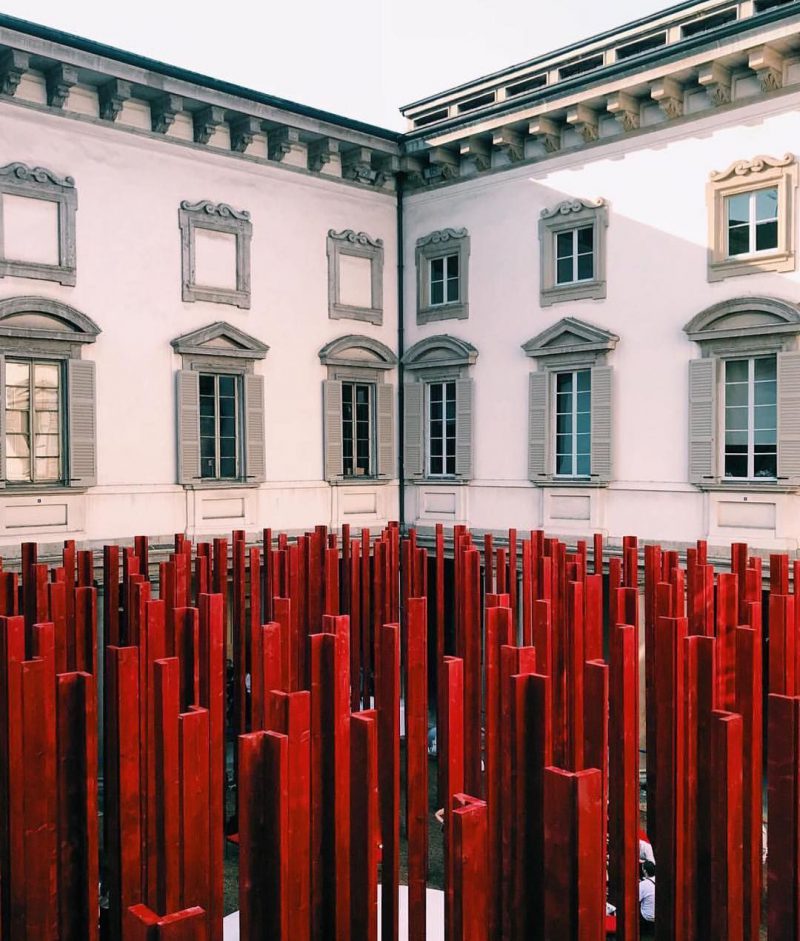 With the temporary forest, Asif Khan wanted to create a moment of pause, he told Dezeen. Throughout the red forest, there was a number of hammocks, while the round clearing in the middle was either clear or used as a intimate stage for talks and events. At night, lighting reminiscent of a campfire illuminated the clearing. The work proved a huge success and its oasis-like quality drawing many people who looked for a break away from the streets, either to browse their iPhones or simply stare at the sky. 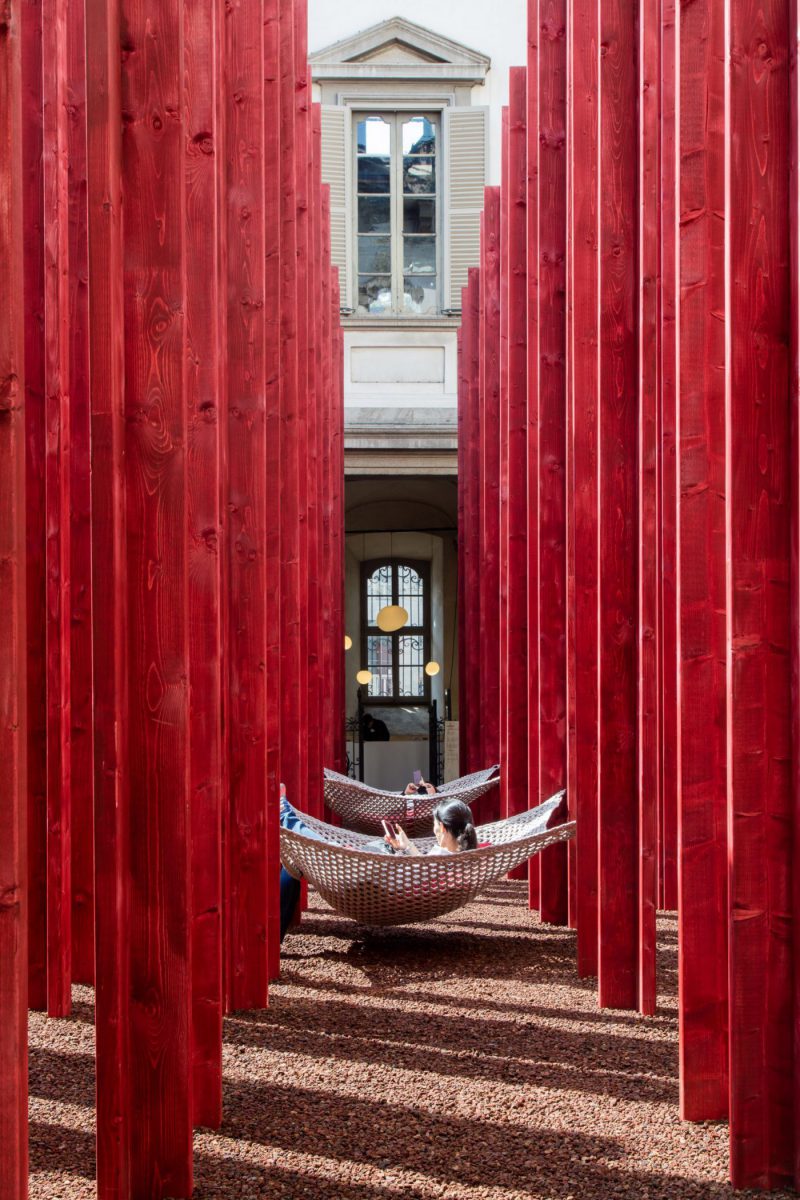 Urban calm is a major theme in Khan’s work. In 2016, he created three types of urban forests in London that offered visitors the chance to momentarily step away from the busy streets. More recently, the studio delivered an innovative pavilion for the 2018 Winter Olympics in Pyeongchang. Here, the world’s darkest material was used to create a black box — a structure that, from a distance, just looks like a void.